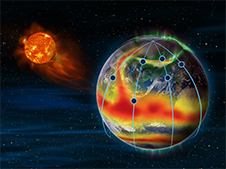 Geospace Dynamics Constellation (GDC) is a mission to study how the ionosphere/thermosphere (IT, or “upper atmosphere”) system responds to energy inputs from the Sun, magnetosphere, and lower atmosphere, and how those energy inputs drive global redistributions of mass, momentum, and energy. GDC will address crucial scientific questions pertaining to the dynamic processes active in Earth's upper atmosphere; their structure at local, regional, and global scales, and the ways in which these processes are driven by the dynamic interplay between the tightly coupled ionized and neutral gases. GDC will be the first mission to address these questions on a global scale due to its use of a constellation of spacecraft that permit simultaneous multi-point observations. This investigation is central to understanding the basic physics and chemistry of the upper atmosphere and its role as a critical element in the Geospace system. Obtaining this improved understanding of our home in space will give us a baseline for comparison to atmospheres of planets both within and beyond our solar system. Finally, GDC will produce significant advances in the science of space weather, providing key observations that will improve our ability to understand and predict phenomena such as ionospheric radiofrequency interference that can impact GPS and communications systems, geomagnetically induced currents that can damage power transmission systems, and variable orbital drag environments that can impact the lifetimes of satellites In low earth orbit. 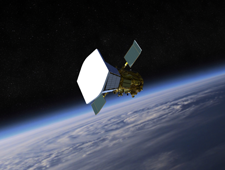 Parker Solar Probe will be an extraordinary and historic mission, exploring what is arguably the last region of the solar system to be visited by a spacecraft, the Sun’s outer atmosphere or corona as it extends out into space. Approaching as close as 9.5 solar radii* (8.5 solar radii above the Sun’s surface), Parker Solar Probe will repeatedly sample the near-Sun environment, revolutionizing our knowledge and understanding of coronal heating and of the origin and evolution of the solar wind and answering critical questions in heliophysics that have been ranked as top priorities for decades. Moreover, by making direct, in-situ measurements of the region where some of the most hazardous solar energetic particles are energized, Parker Solar Probe will make a fundamental contribution to our ability to characterize and forecast the radiation environment in which future space explorers will work and live.
+ Learn more about Parker Solar Probe 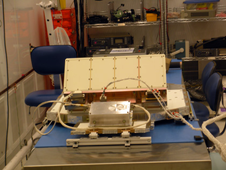 The Space Environment Testbeds (SET) Project performs flight and ground investigations to address the Living With a Star (LWS) Program goal of understanding how the Sun/Earth interactions affect humanity. The SET Project is the element of the LWS Program that characterizes the space environment and its impact on hardware performance in space.

The project goal for SET is to improve the engineering approach to accommodation and/or mitigation of the effects of solar variability on spacecraft design and operations.
+ Learn more about SET 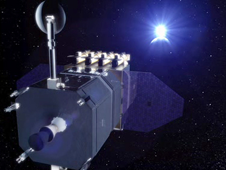 The Solar Dynamics Observatory (SDO) is the first mission and crown jewel in a fleet of NASA missions to study our sun. The mission is the cornerstone of a NASA science program called Living With a Star (LWS). The goal of the LWS Program is to develop the scientific understanding necessary to address those aspects of the sun and solar system that directly affect life and society.

SDO will study how solar activity is created and how space weather results from that activity. Measurements of the sun’s interior, magnetic field, the hot plasma of the solar corona, and the irradiance will help meet the objectives of the SDO mission.

SDO is the most advanced spacecraft ever designed to study the sun and its dynamic behavior. It will provide better quality, more comprehensive science data faster than any NASA spacecraft currently studying the sun and its processes. SDO will unlock the processes inside the sun, on the sun’s surface, and in its corona that result in solar variability. This variability, when experienced on Earth, is called space weather.
+ Learn more about SDO 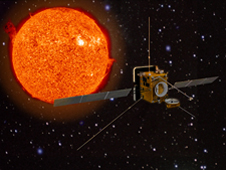 Solar Orbiter is a joint ESA-NASA collaboration that will address the central question of heliophysics: How does the Sun create and control the heliosphere? This primary, overarching scientific objective can be broken down into four interrelated scientific questions:

These are outstanding fundamental questions in solar and heliophysics today. By addressing them, Solar Orbiter will make major breakthroughs in our understanding of how the inner solar system works and is driven by solar activity.

To answer these questions, it is essential to make in-situ measurements of the solar wind plasma, fields, waves, and energetic particles close enough to the Sun that they are still relatively pristine and have not had their properties modified by subsequent transport and propagation processes. This is one of the fundamental drivers for the Solar Orbiter mission, which will approach the Sun to 0.28 AU.

Solar Orbiter is a three-axis stabilized spacecraft equipped with instruments for both in-situ measurements and remote-sensing observations. It will be placed into an elliptical orbit about the Sun with perihelion as close as 0.28 AU. After an in-ecliptic phase of perihelion passes where it is nearly corotating with the Sun, Solar Orbiter will use multiple Venus gravity assist maneuvers to move the inclination of its orbit to progressively higher heliolatitudes, reaching ∼34° by the end of its extended mission.

NASA is contributing two instruments to the collaboration, as well as an expendable launch vehicle. The two U.S. contributions are SoloHI, a wide-field heliospheric imager provided by the Naval Research Laboratory; and a Heavy Ion Sensor (part of the Solar Wind Analyzer) provided by Southwest Research Institute. ESA is providing the spacecraft, built by Astrium, U.K.; and European nations are providing the remainder of the ten instrument payload.

Relating these in-situ measurements back to their source regions and structures on the Sun requires simultaneous, high-resolution imaging and spectroscopic observations of the Sun in and out of the ecliptic plane. The resulting combination of in-situ and remote-sensing instruments on the same spacecraft, together with the new, inner-heliospheric perspective, distinguishes Solar Orbiter from all previous and current missions, enabling breakthrough science which can be achieved in no other way.
+ Learn more about Solar Orbiter Collaboration 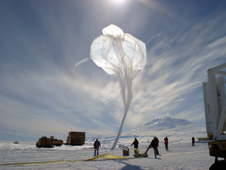 BARREL is a balloon-based Mission of Opportunity to augment the measurements of NASA’s RBSP spacecraft. BARREL seeks to measure the precipitation of relativistic electrons from the radiation belts during 2 multi-balloon campaigns, operated in the southern hemispheres (option for 3rd northern hemisphere campaign). During each campaign, 5-8 long-duration balloons would be aloft simultaneously over a one-month period to provide measurements of the spatial extent of the relativistic electron precipitation and to allow an estimate of the total electron loss from the radiation belts. Observations are planned for when the balloon-array will be conjugate with the RBSP spacecraft, such that direct comparison is possible between one another.
+ Learn more about BARREL 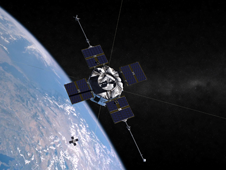 Van Allen Probes (RBSP) is being designed to help us understand the Sun’s influence on Earth and Near-Earth space by studying the Earth’s radiation belts on various scales of space and time.

The instruments on NASA’s Living With a Star Program’s (LWS) Van Allen Probes (RBSP) mission will provide the measurements needed to characterize and quantify the plasma processes that produce very energetic ions and relativistic electrons. The Van Allen Probes (RBSP) mission is part of the broader LWS program whose missions were conceived to explore fundamental processes that operate throughout the solar system and in particular those that generate hazardous space weather effects in the vicinity of Earth and phenomena that could impact solar system exploration. Van Allen Probes (RBSP) instruments will measure the properties of charged particles that comprise the Earth’s radiation belts, the plasma waves that interact with them, the large-scale electric fields that transport them, and the particle-guiding magnetic field.

NET = No Earlier Than